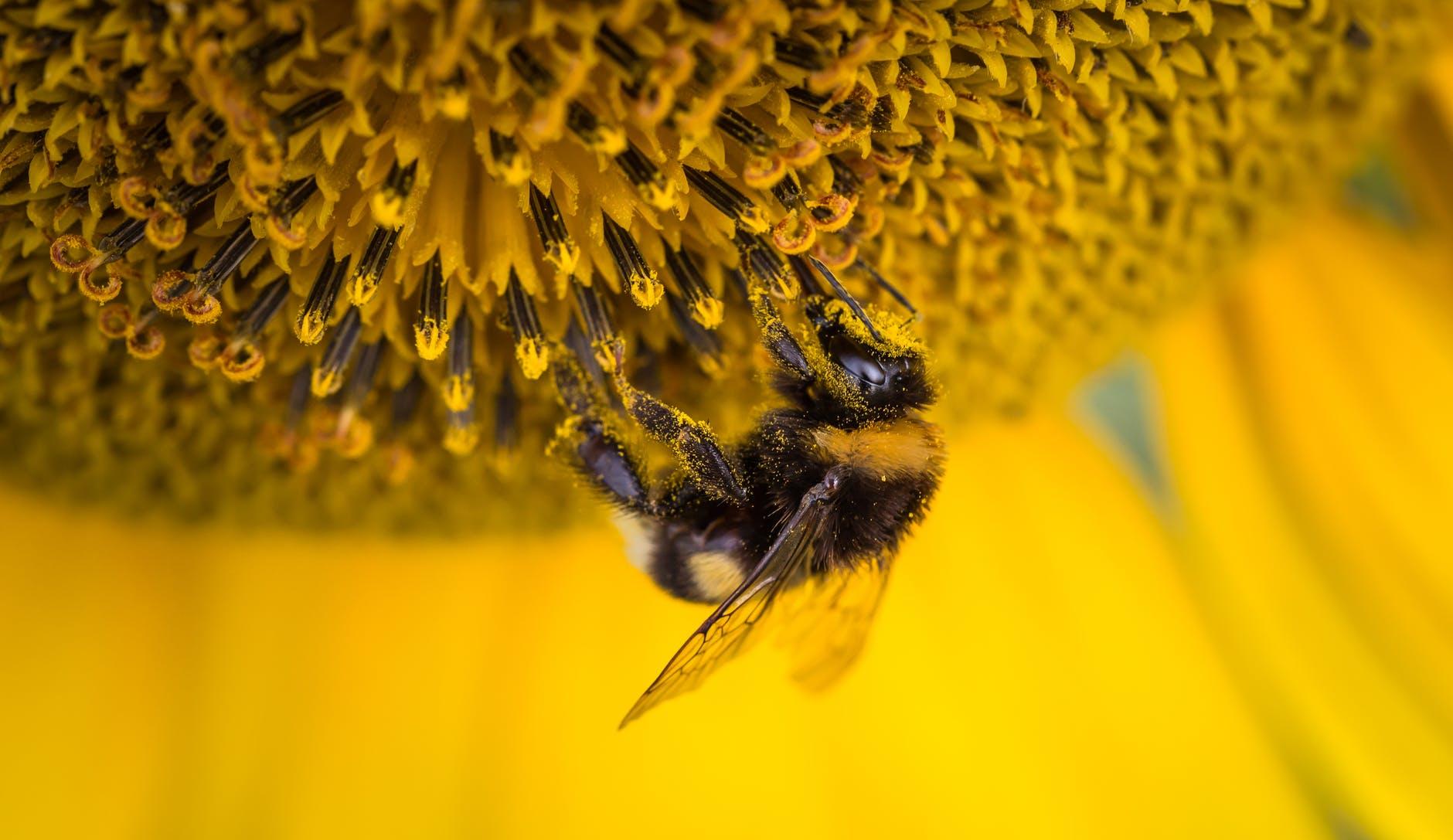 Honey bees are fascinating little creatures. They have an incredible work ethic, maintain a community, and most importantly, produce honey. For these reasons, scientists have always taken interest in these tiny insects.

Beeswax is the wax secreted by honey bees. Beeswax is used to build honeycombs. Fresh beeswax is white in color but the natural impurities like pollen give it a light yellow or dark brown color. It’s used in multiple natural cosmetics specifically lip balm and lipsticks.

There’s a lot of buzz from animal rights organizations like PETA against the use of such products and the question is what’s wrong with the beeswax?

To answer that we must understand how beeswax is produced and used in cosmetics.

Contents hide
How Do Bees Produce the Beeswax?
How Do Humans Obtain Beeswax?
Beeswax in the Cosmetic Industry:
What’s Wrong With Using Beeswax in Cosmetics and Personal Care Products?
Is Beeswax Cruelty-Free?
Beekeeping:
Where Does it Go Wrong?
How Can We Avoid This Issue?
Is Beeswax Vegan?
How is Beeswax Harvested?
Is Synthetic Beeswax Vegan?
A World Without Honeybees!
How Can We Avoid This Dilemma?

How Do Bees Produce the Beeswax? 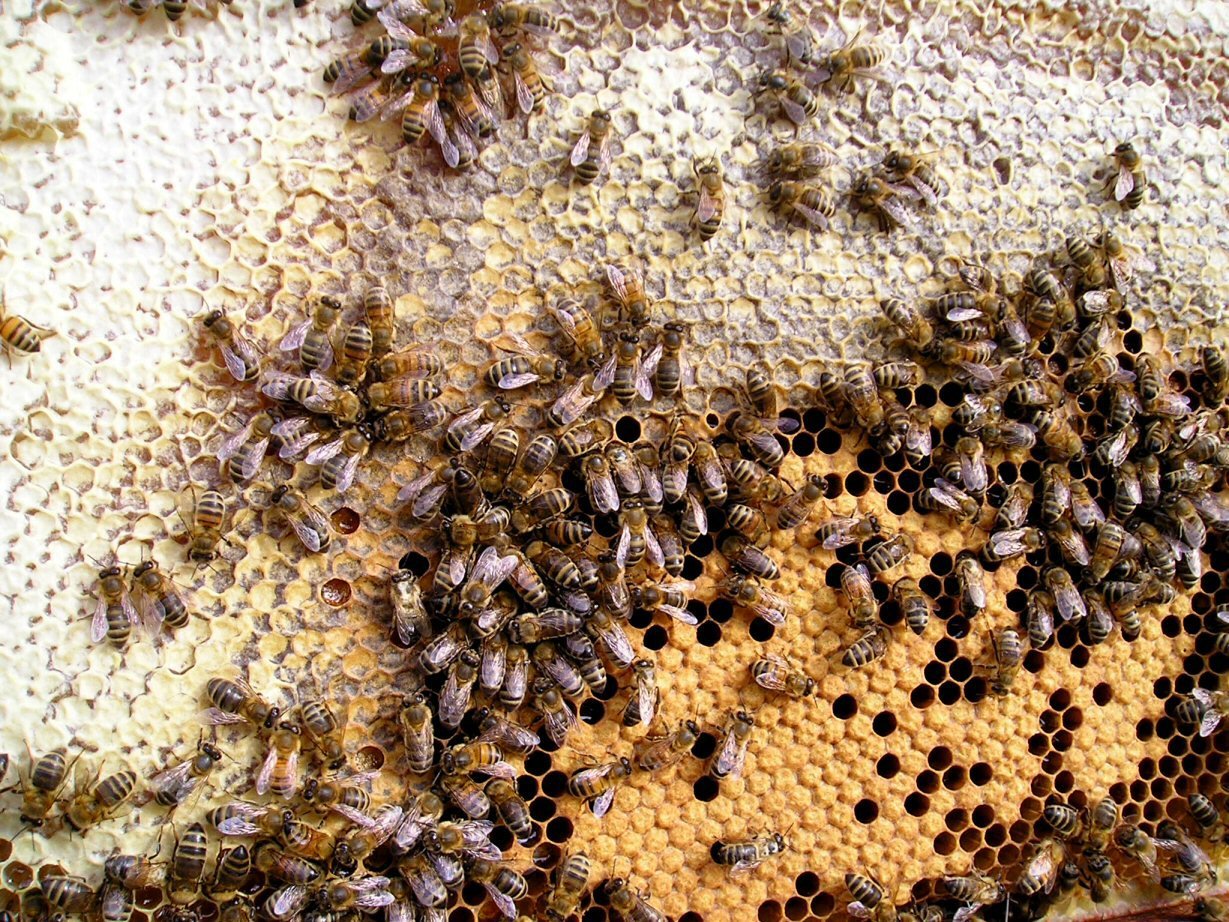 Honey Bees travel from flower to flower collecting nectar but all that nectar can’t stay inside their bellies for long. They must store it somewhere and go back to collect more. That’s where the beeswax comes in.

Honeycomb, in which the bees store nectar and curate honey is made up of beeswax. It’s central to every honeybee’s existence. It’s their home and also the place where they store the nectar (A bee’s own honey jar to be!).

This nectar is later curated into honey. It takes 8oz. Of honey to produce 1oz. of beeswax!

Bees store the nectar below a layer of beeswax. It works as a protective shield which gives their nectar adequate time to curate without interruptions.

How Do Humans Obtain Beeswax?

The beeswax is obtained by melting the beehive in boiling water and cooling it. It isn’t derived from animals nor tested on them. Technically, it’s cruelty-free but not vegan. Things change when we look at it from an ethical perspective!

Is beeswax cruelty-free or vegan is a long debate so let’s dive in.

Beeswax in the Cosmetic Industry:

A combination of plant oil and beeswax is used in beauty products that require a creamy consistency. It keeps the oil and liquid components from separation and works wonders on dry skins.

Beeswax is most commonly used in lip balms and lipsticks. It increases their thickness and consistency. The beeswax lipsticks stay in perfectly smooth shape even after multiple applications.

I wouldn’t be lying if I said that beeswax is the holy grail of the cosmetic industry. It’s cheaper and much more efficient than it’s vegetable-based alternatives. It’s used in many products including,

Using beeswax in beauty products isn’t inherently bad or unethical (though the vegans think otherwise). The problem is that with the increased demand for the beeswax, more and more honeybees are mishandled, mistreated, and mass-transported.

The queen bee is the center of this dilemma. In many bee farms, the wings of the queen bee are cut off or clipped so she can’t leave the hive. The honey is replaced and substituted by a cheap sugary substance that lacks essential nutrients.

Even if this doesn’t happen, mishandling of bees while collecting honey and wax is very common. It’s the lack of experience and empathy that results in these bees getting injured or even killed.

As cosmetic brands keep using beeswax as a natural substance then we must ask ourselves whether or not they’re cruelty-free or vegan! 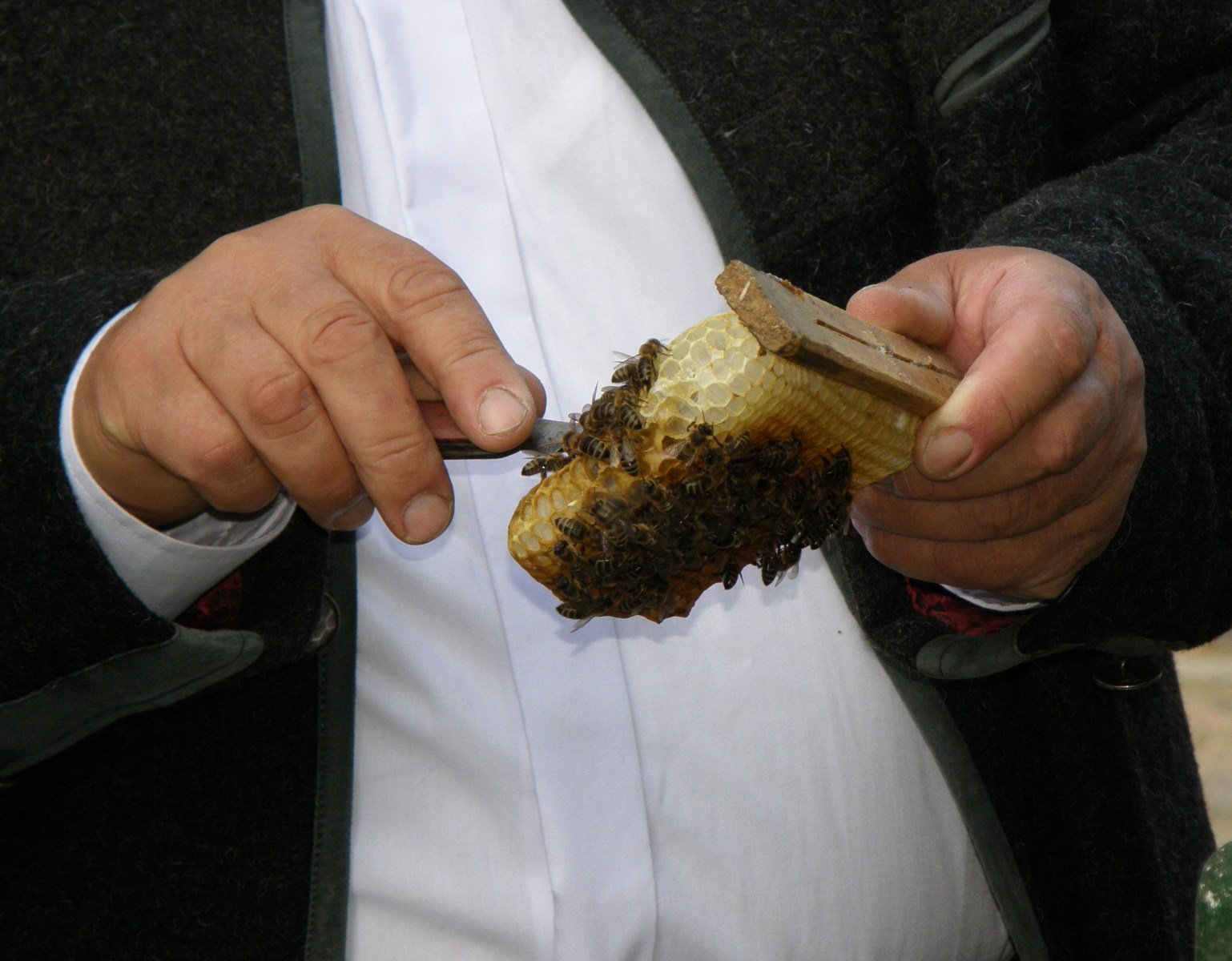 According to PETA, the answer to whether beeswax is cruelty-free or not is a big fat NO!

Beeswax is not Cruelty- Free. Large-scale factory- farming of beeswax is happening. It has become an acceptable ingredient in a number of natural beauty products especially lip balms.

Producing bee’s wax is a lot of hard work for the honeybees. It’s actively used in many beauty products as an alternative to petroleum-based products. But bees need their own beeswax!

The average lifespan of honeybees is 40 days! As a result of diseases, improper use of pesticides, climate change, and wireless data transmission, the honeybee population is nearly decimated.

They’re becoming one of the most endangered species on the planet and subject to unnatural living conditions, genetic mutation, and stressful transportation.

They leave their hives only on sunny days and work hard to make a home for their future generations. Imagine leaving your house one day and coming back to no home at all!

But like any good story, there are two sides. 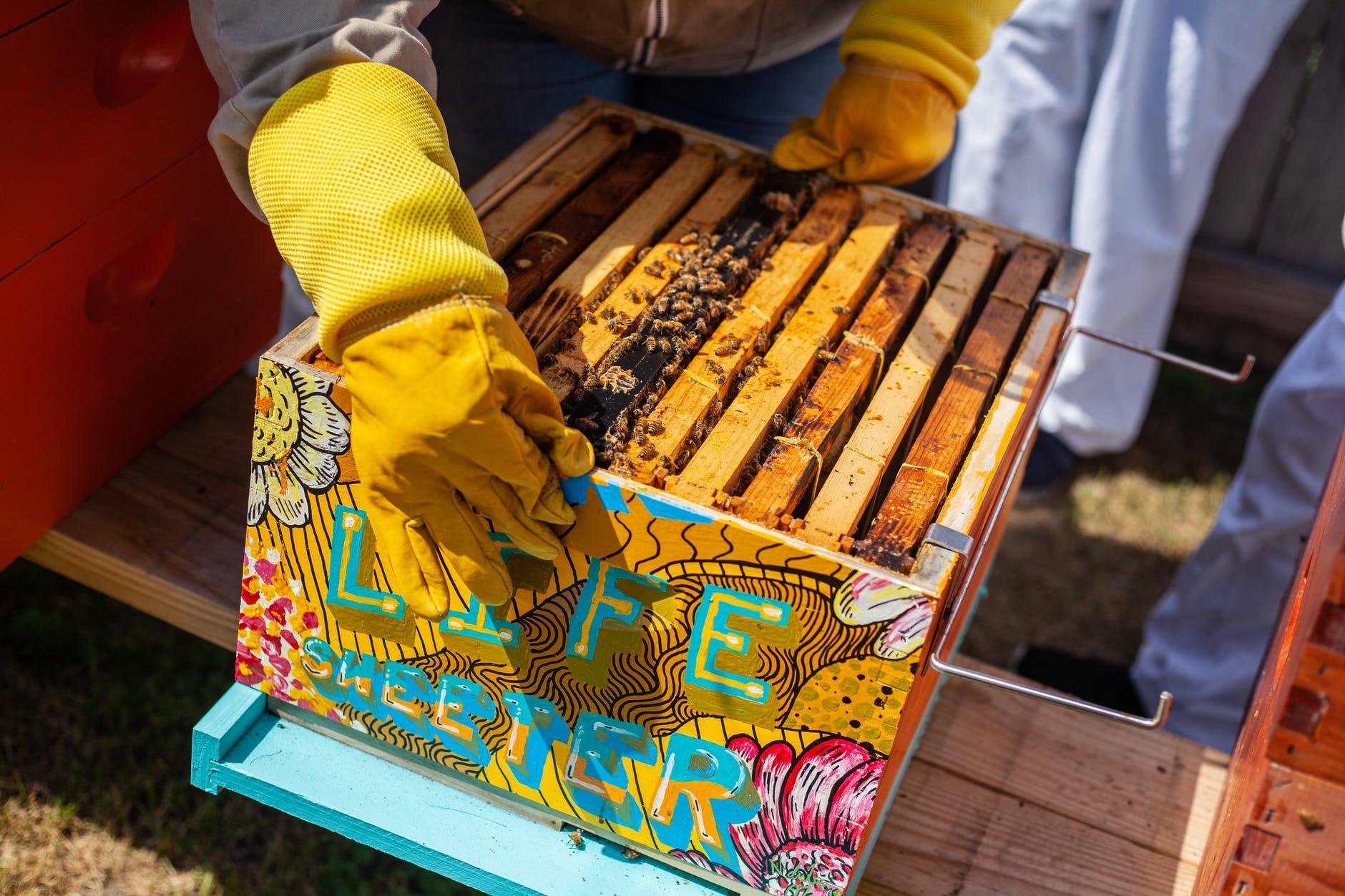 Beekeeping is the practice of maintaining beehives by humans. It’s usually done for one of the three major reasons,

Beekeeping is an old culture that’s been practiced for thousands of years. It’s important for both bees and humans. There are many natural and man-made threats to the honey bees. Beekeeping gives them a chance to live and thrive in a (close to) natural habitat. 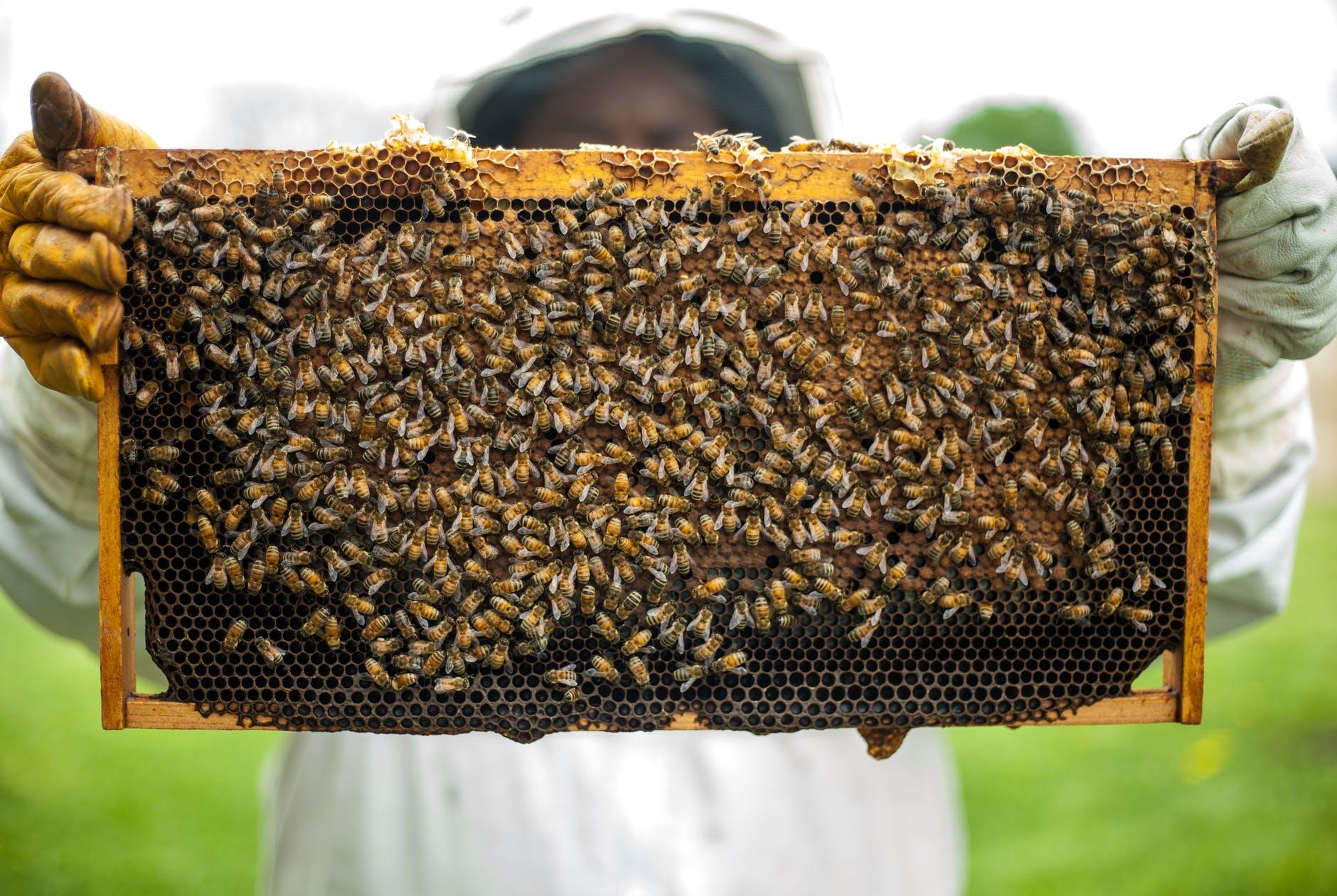 The beekeepers usually start by building a beehive. This hive is later used to attract honeybees, maintain a colony, and harvest honey (or honey-based products).

Where Does it Go Wrong?

As the human race thrives, the need to produce more food is increasing. You may think that the food we eat is naturally pollinated by wild honeybees living nearby when in fact, it’s not!

Farms and agricultural lands all around the United States and Europe use bees farming to pollinate their crops. Over one million bee colonies are transported every year as different crops start to bloom in different places.

There are multiple issues with transporting honeybees. The transported bees tend to have trouble in the development of their food glands and they can’t survive cold weather. In simple words, the transported colonies are much less healthy than the ones kept in one place. There’s even a risk of them dying due to the stressful transportation.

How Can We Avoid This Issue?

We can start by keeping bees in one place and not transporting them around like cars. These insects are used to certain habitats and stressful changes can kill them. 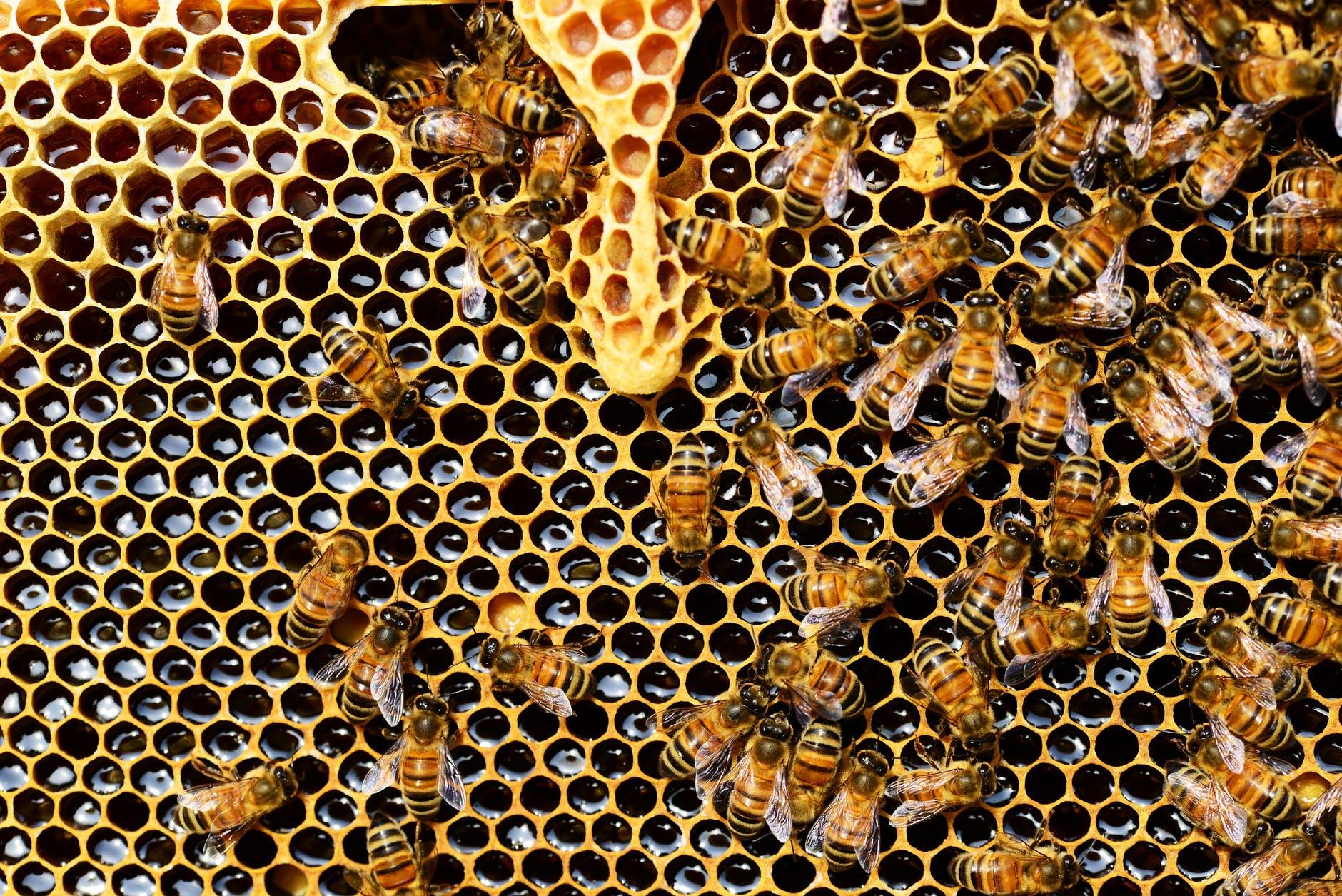 The short answer is, No. Beeswax is not vegan!

There are two problems that vegans have with beeswax.

The first issue is that they don’t use or consume anything that’s animal-driven, animal-made, or is an animal by-product. This includes honey, beeswax, gelatin, albumen, lanolin, collagen, and many more.

Secondly, the way honey and beeswax is harvested is often inhumane and risky. Especially when there’s an extensive range of beehives. Small mistakes can result in the sudden or eventual death of these innocent creatures.

How is Beeswax Harvested?

Honeybees produce beeswax by consuming honey. It takes them weeks to curate the honey which is later consumed to create beeswax with which the beehive is created.

Harvesting honey or beeswax in a small amount is mostly harmless to the colony. The problem is how it’s harvested!

Beekeepers usually smoke and tap the hives to urge bees into leaving their post so the honey and the beeswax can be harvested.

If you’re a beekeeper then I’m sure that you take special care while harvesting honey but in a large-scale harvesting process, more risks are involved. A lot of things can go wrong and you may end up damaging the colony.

In some cases, the wings of the queen bees are clipped, so they can’t swarm the hives. If she can’t fly then she can’t possibly lead the colony away from the hives.

It may result in impairing the queen bee’s ability to lay eggs and makes her prone to injuries. With her wings clipped, she can no longer balance herself properly or use her wings to break a fall.

Honeybees aren’t exactly killed to harvest beeswax, but they’re robbed of their natural habitat and resources. You can argue on whether or not beeswax is cruelty-free but it’s definitely not vegan.

A few alternatives to the beeswax include,

Synthetic beeswax is engineered in labs to match the appearance and properties of the beeswax. It’s created with a blend of fatty esters, fatty acids, fatty alcohols, and hydrocarbons. It works as an alternative to natural beeswax.

Synthetic beeswax is vegan and cruelty-free. It’s produced in a lab and no animal is harmed or used during the process in any way. Many vegan cosmetic brands are using it in their makeup, skincare, and hair products.

If you want natural ingredients in your makeup then it’s safe to steer clear of synthetic beeswax. It’s generally safe to use but contains ingredients that are derived from coal or petroleum. It may cause some irritation on sensitive skin.

A World Without Honeybees! 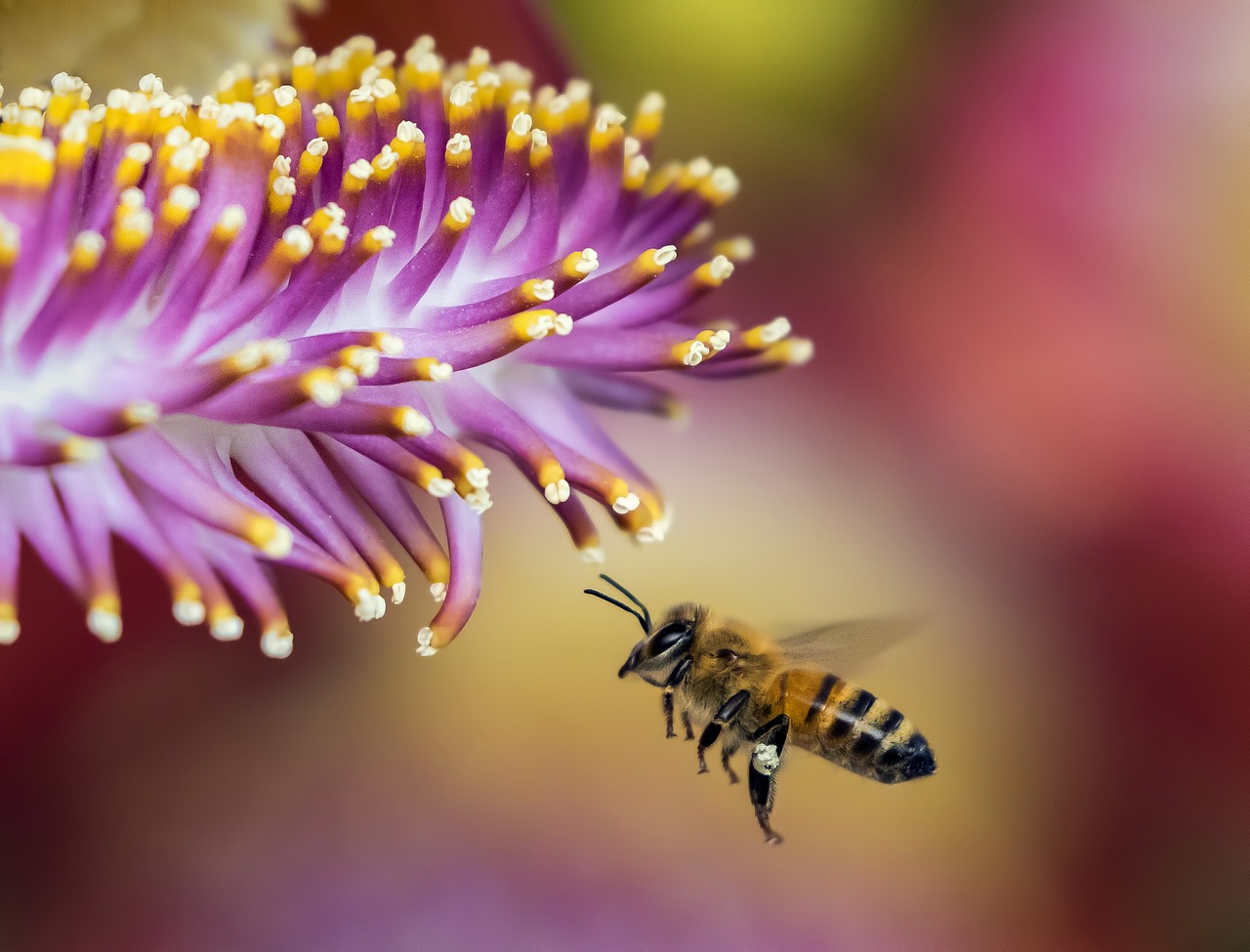 Honeybees are vital to human existence. They’re responsible for about one-third of our food!

They enable the plants to produce food through pollination. Among the top one hundred food crops around the world including avocado, alfalfa, and anise. Bees are responsible for pollinating more than eighty-seven of the leading food crops.

So, what do you think will happen if all the bees in the world disappeared? The first thing would be that the production of certain fruits and vegetables like almonds, cherries, and pumpkins will fall dramatically.

The first effect would be on the farmers. As bees increase the production rate of certain plants drastically. Certain plants like corn, wheat, and rice self-pollinate or through the wind but plants like okra, celery, and onions require pollinators to reproduce and grow.

There will be too little food, too much inflation, and pollution (there are fewer plants, therefore, more pollution). You and I can’t survive in a world without honeybees!

They’re crucial to our very existence and it’s in our best interest to protect their interests to keep them safe before it’s too late.

How Can We Avoid This Dilemma? 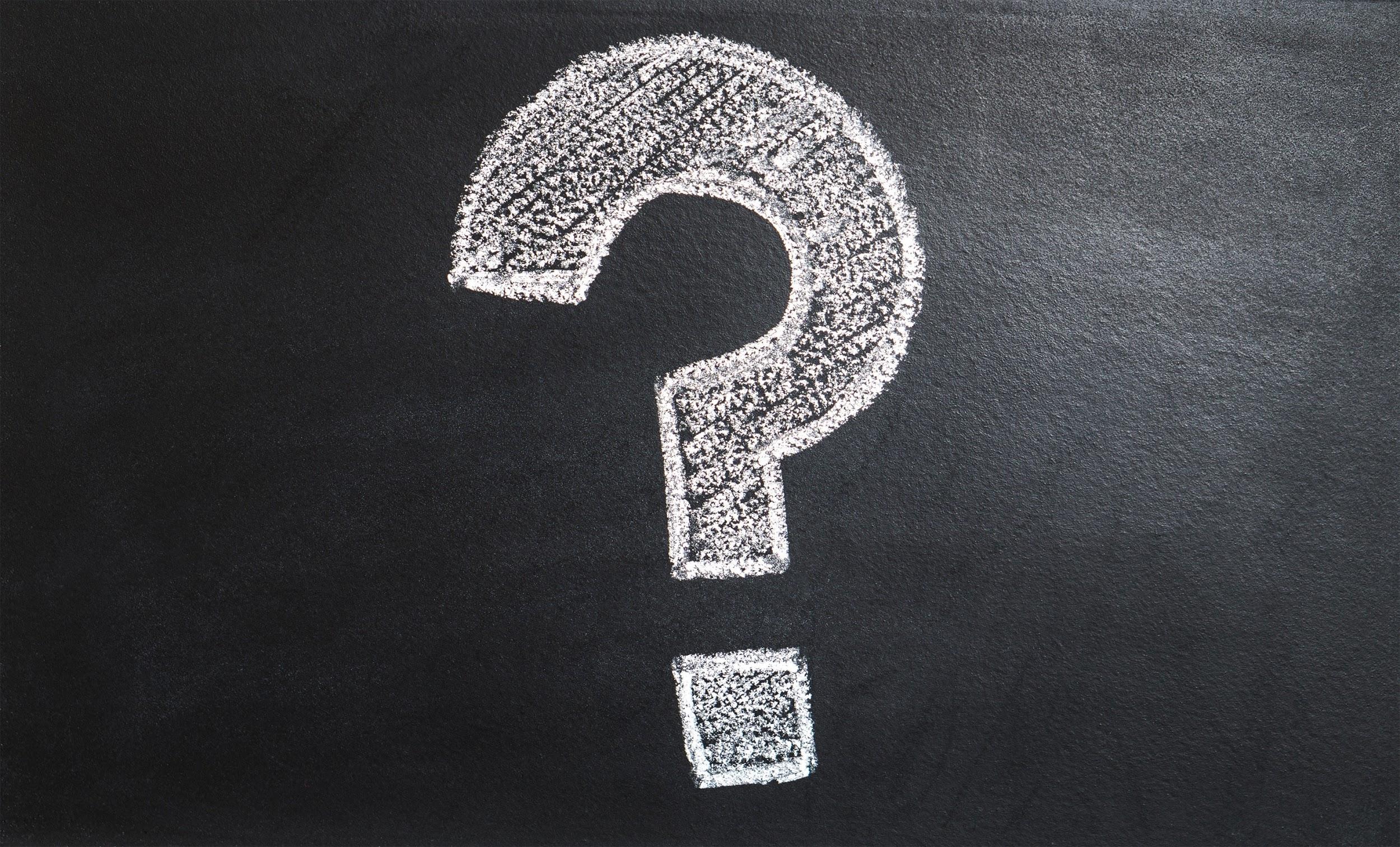 Things are changing around the world as more and more cosmetic companies are opting for cruelty-free and vegan makeup products.

Even if a beekeeper harvests beeswax or honey, they can work at a slower pace. That’ll result in less negative effects on the bees colony and they can live in a safe environment.

We can also avoid products that use beeswax obtained from unethical resources. Another alternative is to use vegetable-based waxes or synthetic beeswax. You can also start your own bee farm in the backyard (but make sure that you’re not allergic first!).

There are also countries like China that require animal testing on cosmetics before it’s sold in the local market. These issues must be addressed for the insects who talk for themselves.

In the end, one thing that we can all agree on is that it’s not a black and white issue. We all reside in a gray area. At the end of the day, what really counts is whether you tried or not!

Be the change you want to see around you!

This site uses Akismet to reduce spam. Learn how your comment data is processed.

We aim to provide as much info as we can to help people with transitioning to a cruelty free lifestyle.